Cinnamon has been famous as a spice since ancient times, and its manufacturer was Sri Lanka. Cinnamon is an endemic plant of the Lorrace family and the genus Cinnamomum. They are botanically called Cinnamomum Zeylanicum Blume/ Cinnamomum verum Presl. It is have originated in the mountainous areas of Sri Lanka and can be successful cultivated up to 700 m above sea level.

Peeling Cinnamon and making it into cinnamon sticks is a unique Sri Lankan method, which has made it easier to identify the true Cinnamon in the market. 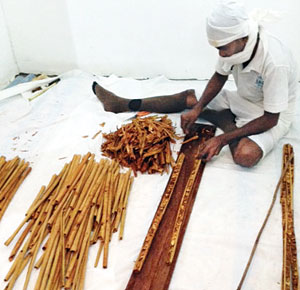 There are two types of Cinnamon in the market

Cinnamon, a flowering, evergreen plant, has a unique aroma. Under natural conditions, the cinnamon plant grows to a height of 10-15 m and grows to 60-75 cm in circumference. In commercial cinnamon cultivation, the plant is controlled to a height of 2.5-3 m and maintained as a shrub. 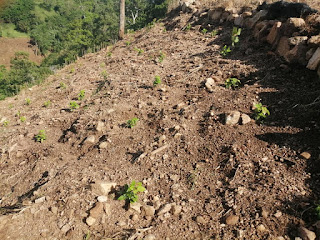 Cinnamon is successfully grown in Galle, Matara, Ratnapura, Kalutara, Hambantota, Kandy, Matale, Badulla, and Kurunegala in Sri Lanka. Cinnamon can be grown up to 700 m above sea level under different climatic and soil conditions. But the dry climate is not conducive to cinnamon cultivation.

The Department of Agriculture in Sri Lanka has introduced two new varieties of Cinnamon for commercial cultivation. 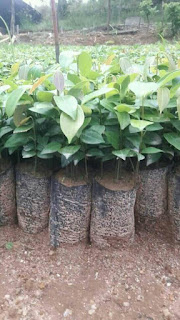 Chemical fertilizer is applied twice a year for cinnamon cultivation, and 20 tons of organic fertilizer per hectare per year is recommended for organic cultivation by the Srilankan agriculture department.

Cinnamon cultivation is damaged by various pests, which use chemical and biological pest control methods to control them.

Stay with us for more details on the harvesting and processing of Cinnamon in our next article.