We think you already have an understanding of real cinnamon harvesting and processing. Today we will explain the quality standards related to real cinnamon and the nutritional data of real cinnamon. This article will also help you identify the true cinnamon in the market.

Understanding the following tips before you go to the marketplace will help you identify the real cinnamon and get the right product for you.

All cinnamon products must have to be packaging in food-grade packaging.

It should also be free of other external contaminants, pesticide, and heavy metal levels, shallow and free of microorganisms.

Classification for identification in cinnamon production

Cinnamon was dividing into nine parts according to its appearance for easy identification during the manufacturing process. This classification is not a classification based on the quality of cinnamon sticks.

whole cinnamon means All other cinnamon products on the market, except cinnamon powder.

Cinnamon sticks are dividing into a grade based on the stick’s diameter, the number of bars 105 cm long per kilogram, and the corse percentage. 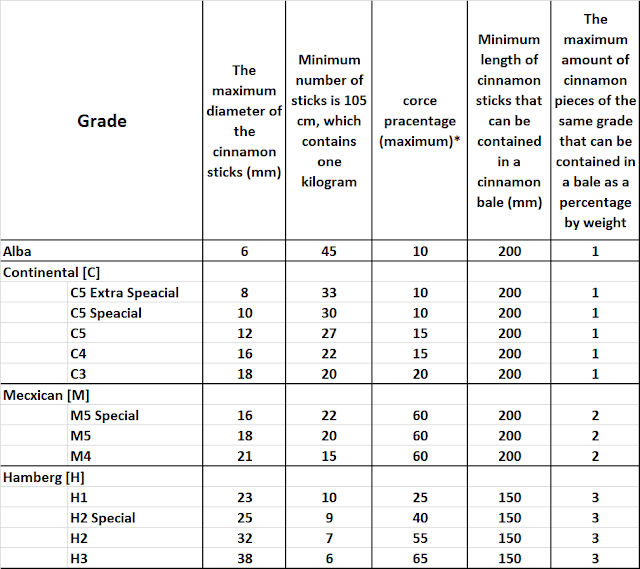 *It must be observed and decided from the outside.

The nutritional value of cinnamon, according to the USDA Food data central, is as follows.

If you want to buy real home-made cinnamon at the farmer’s price, please contact us.

Would you like to buy other spices such as cloves, pepper, and nutmeg? Contact us. We can provide express shipping and an exceptional price for you.